Msfconsole will already been installed and setup if you are running Kali or Parrot OS. We will face a SVN repository with a bit of enumeration we will be able to enter in the box and then using SVN Pipelines we will gain Administrator access. 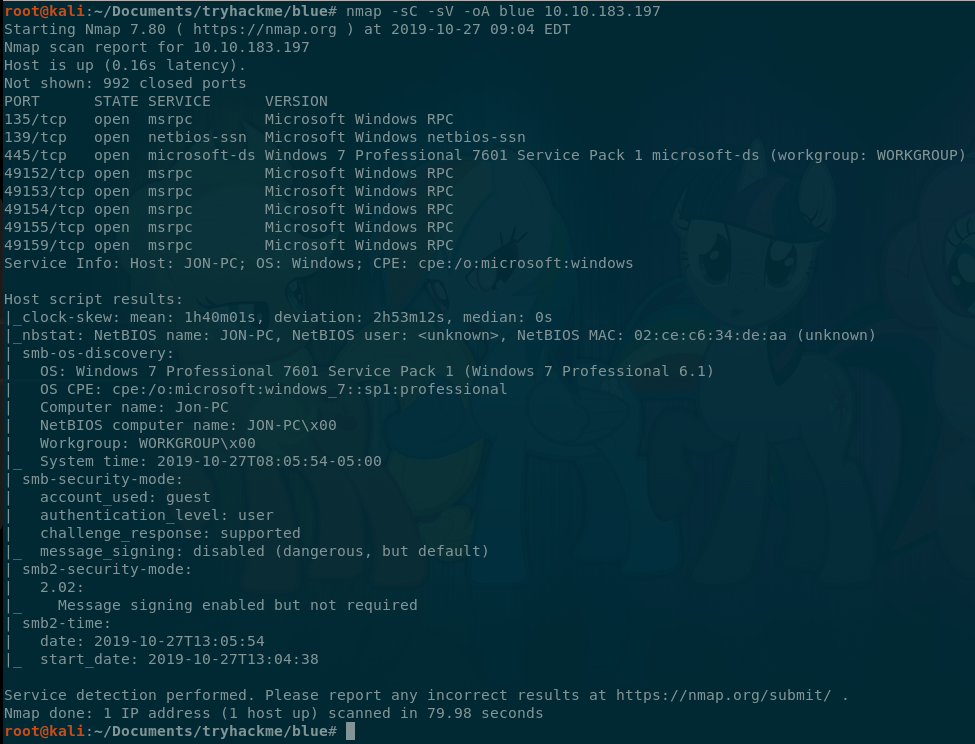 06052020 Continuing on with our push to teach folks to exploit lab machines without relying on Metasploit Ive decided to show you how to exploit Blue https.

Hackthebox blue without metasploit powershell. 06062020 Hack The Box Granny Writeup without Metasploit. You may need to run this a few times to catch a shell. 18042020 Using Powershell.

The script scans reveal the following. Blue is the third hackthebox machine i have completed but is the first time without using metasploit. 06062019 HackTheBox – Blue Writeup Withwithout Metasploit.

Whether or not I use Metasploit to pwn the server will be indicated in the title. Windows server 2003 with same settings. Try to find some python scripts for exploits and you should be good.

All published writeups are for retired HTB machines. We will be using two flags. Tried for an hour got lazy so dropped it and followed the same path as grandpa.

And running smbmap on the box shows that we have read only access to the following. I also directed the IP here because it didnt work without it for some reason. The first step to using this exploit is to copy the netcat binary from the usrsharewindows-binaries directory into the folder where we will be hosting the exploit script.

15042021 Now set your Netcat listener to whatever port you have open. Just to note the system that I exploited was part of HackTheBoxeu. In the window where your exploit is sitting run the following command.

As we can see we have the port 445 SMB open it even disclose some important information Windows 7 professional 7601 Service Pack 1 lets run a new enumeration this time with vulnerability scripts. The full list of OSCP like. This flag will be used to apply vuln.

Hopefully it will highlight why you need to patch those systems asap. I did try to make things a bit different on privilege escalation part. 10102010 Hack The Box – Worker Walkthrough without Metasploit Worker.

15062021 This HTB Optimum walkthrough will show you how to pwn this Windows machine without the help of metasploit while explaining two different approaches using a premade script or exploiting the vulnerability completely by hand it involves a RCE in HttpFileServer CVE-2014-6287 and then using Powershell Empire to exploit an escalation of privilege vulnerability in the. Ippsecs vid for Optimum. Python exploitpy 1010108 80.

HackTheBox Bastard – NO Metasploit. 09062021 This writeup explains both exploitation with and without Metasploit. Published by farey on June 6 2020.

Windows box rated as Medium. This series will follow my exercises in HackTheBox. 23112019 Start a Python webserver to host the PowerShell file and send the request in Burp.

Nmap 791 scan initiated as. Hack the box granny seems to be the same age as grandpa. Lets start off by running the usual initial nmap scan.

Hi Folks This is the 2nd Video out of a series of videos I will be publishing on retired HTB machines in preparation for the OSCP. We will be using certutilexe this time to pull the file as Powershell is being uncooperative on the older version of Windows. This machine exploits SMB using the famous SMB MS17-010 vulnerability Eternal Blue.

Vulnerability scripts on the given ports of the box. Python -m SimpleHTTPServer 8000 Exploit without Metasploit. After downloading the exploit run it in the command. 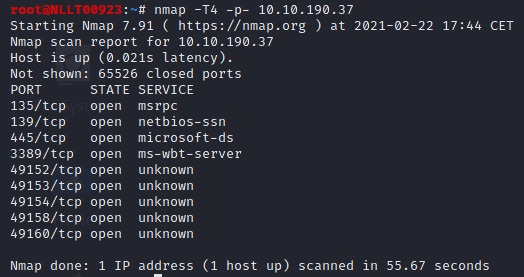 Blue On Tryhackme The Dutch Hacker

Blue On Tryhackme The Dutch Hacker