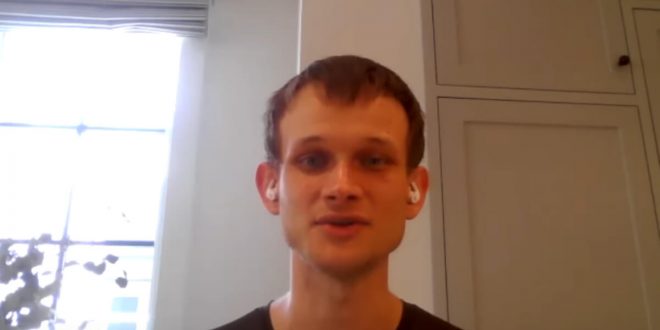 According to Vitalik Buterin, the most important non-financial blockchain applications

Ethereum (ETH) co-founder Vitalik Buterin has been very vocal about the non-financial applications of blockchain technology lately, publishing a paper on June 12 listing some use cases.

In an article titled “Where to use a blockchain in non-financial applications,” the Ethereum mastermind first said that one of the biggest challenges in a cryptographic account system is the issue of private key changes.

He argued that one use case of blockchain may be in “changes and recovery of user account keys.”

Per Buterin’s Decentralized Society (DeSoc) paper, which he co-authored and explores the idea of ​​non-transferrable Soulbound Tokens (SBTs), proposes to “preserve the non-transferrability, social restoration (or ‘community restoration’) of profiles,” Per Buterin said. That can solve this problem.

A second use case for blockchain can be the “change and revoke of certificates”. Buterin claims that issuing a digital record entirely off-chain or on-chain using non-fungible tokens (NFTs) would make it difficult to alter and revoke if necessary.

“Instead, we can opt for a hybrid solution: make the first degree a signed message off-chain and revoke on-chain,” he said.

He also noted that this is the approach already used by OpenCertsa blockchain platform that generates cryptographic protection for educational credentials.

Another example of where blockchains have value in non-financial areas is in the “commitment to scarcity”. Simply put, blockchains can be used to determine whether or not a certificate has a provably limited quantity, which can then impact the effectiveness of that certificate – i.e. the more limited, the more valuable.

Blockchains are also powerful because they create “common knowledge,” meaning they allow participants to access on-chain data and also know who else can access it. This makes coordination between many parties more practical.

Another potential use case Buterin discussed was open source metrics, a fledgling concept that would allow diversity and decentralization to be measured.

Related Post:   The best apps to use with Sidecar for iPad and Mac users

“Blockchains as a data store for short text records may be marginal or significant, but I expect at least some of these uses will continue to take place. Blockchains are really just incredibly handy for cheap and reliable data retrieval, where data will continue to be retrievable regardless of whether the application has two or two million users.”

This paper came after Buterin explored the idea of ​​soulbound tokens, which are tokens that cannot be sold or separated from their owners, earlier this year. And in mid-May, he co-authored the aforementioned research paper explaining how non-negotiable soulbound tokens can create a richer, pluralistic ecosystem within Ethereum dubbed the “Decentralized Society” (DeSoc).

Buterin argued that soulbound tokens can be used to encode social trust relationships. However, this was not without controversy.

“Identity and reputation are complex and subjective variables that can never be adequately characterized by numbers on a blockchain,” says Polynya, a pseudonymous Ethereum researcher. argued At the beginning of June.

– Vitalik Buterin says that his influence on Ethereum is decreasing, it is becoming more difficult to make things happen
– Buterin claims that Ethereum’s simplicity is still possible as developers warn of increasing complexity